Posted on May 14, 2012 by mattd | Comments Off on Kuchar Holds Nerve To Win The Players Championship

Matt Kuchar kept his cool to win by 2 shots at the Players Championship at TPC Sawgrass.

The American, who teed off in the final round one shot behind leader Kevin Na, overcame an uncertain start and a nervy 3-putt  on the 17th to fire a two-under par 70 and claim golf’s biggest prize – a cool $1.71m – with a winning total of 13-under 275.

Rickie Fowler was looking good until finding a bad lie on the front nine and carding a double bogey, followed by another bogey but fought back well and if he and Martin Laird could’ve holed 5 footers on the last hole it might have put  Kuchar under a bit of pressure. But it wasn’t to be. 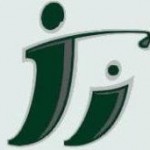 A well deserved victory for one of golf’s consistent players and a guy who is always smiling, which is great to see.

Luke Donald carded a final round 66 to finish on nine under and just failed to regain that ever changing No.1 spot from McIlroy.